Jami Pontianak Mosque, or also known as Sultan Syarif Abdurrahman Mosque, is the oldest and largest mosque in the Pontianak city. The mosque was built in 1771. It can accommodate about 1,500 worshipers. The Jami Pontianak Mosque is supported on six main support poles. The distance of the floor with the ceiling is quite high, so that the air circulation becomes good.
The dome of the mosque is made of shingle. The shape of the roof is storied, the more upwards the smaller. Jami Pontianak Mosque is situated east of the Kapuas River, precisely in front of the Palace of Kadriyah Sultanate. It’s in Bugis Dalam Village, East Pontianak. It’s free entry and opening hour is according to schedule of worship. 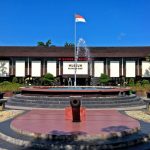 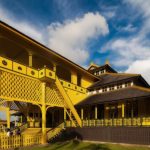 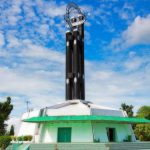